Do you know the ways silence can be used successfully?

Maybe you’ve  used silence and it’s bitten you in the butt? Someone says something critical and you don’t speak up. Later they refer to how you agreed with them on their comment? Ever happened to you? That’s when others assume your silence means you agree with them.

You  know silence does not equal agreement, right?

Maybe you’ve been in the company of someone who just can’t stop talking!

I swear they speak because they love the sound of their own voice.

Recently I was at a dinner and in a more reflective mood as my father-in-law had just passed away. Two people at the dinner were more acquaintances then friends. One of them absolutely loves to talk . . . nonstop. You know where this is going, right? I had zero tolerance for nonsence talk (as I call it) that evening. A couple of times the group had a good laugh but each time this one individual would respond with some silly story (that wasn’t even relevant to what we were talking about) and bring the focus back to her. In one instance, she said,  “Well today I received an email . . .” and went on to talk about a ridiculous story related to a funeral. The laughter stopped and the room went quiet. I said “Maybe you should consider the source of your emails before you share them. There is no way that story is true.” Was I too harsh? You decide.

So how do you use silence to your benefit, as a leader?

For many leaders, silence makes them feel uncomfortable. They rush to fill the gap to ease their own anxiety. That’s not leadership. It’s just ‘stomping on silence’ – anyone can do that.

1. When An Employee (or Colleague) Is Distressed

2. To Emphasize An Important Point

3. When You Are Negotiating

Silence is a powerful leadership tool when you know how to use it. Use it to your advantage and notice the difference you can make. In the words of Leroy Brownlow:

“There are times when silence has the loudest voice.”

If creating (and sustaining) a respectful workplace is something you would like to create, then simply send me an email, and we’ll have a FREE 20-30 minute phone call. Click here and in the subject line, write FREE Call. 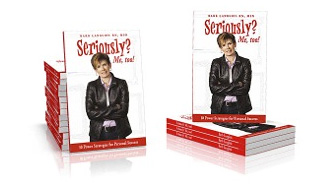